No Honor in Surrender 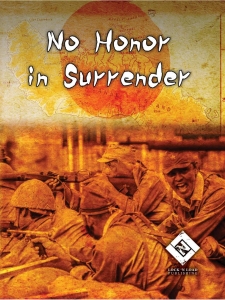 For Honor and the Emperor

Take part in the Pacific Theater’s island-hopping campaign, battling with the Marines and Japanese Army on Guadalcanal, Tarawa, Iwo Jima, and Okinawa throughout seven challenging scenarios.

No Honor in Surrender Box Includes: