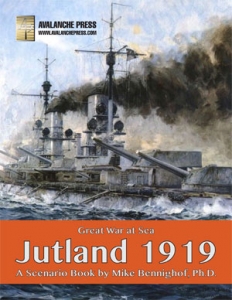 Imperial Germany laid down her last dreadnought in January 1915, and never completed her. But planning continued for new classes of battleships, battle cruisers, armored cruisers and scout cruisers. All understood that they could not possibly be built during the course of the ongoing First World War, but would be laid down afterwards.

Reflecting the lessons first of the battles of the Falklands, Coronel and Helgoland Bight, and eventually those of Jutland, the new German designs continued to emphasize protection. At the urging of sea officers, the new ships also now carried armament equal to that of the British, and would make much higher speeds as well.

Across the North Sea, the British Admiralty had no clear idea of what the Germans might be planning to build, but could state with certainty that they and other potential enemies would continue to improve their warships. New British dreadnoughts would carry ever-more-powerful armaments, including a new, secret 18-inch gun.

Jutland 1919 is a supplement for our Great War at Sea: Jutland game, studying these drawing-board battleships that would never actually be launched. It includes background essays, thirty-one new scenarios, and 80 new silky-smooth die-cut playing pieces (60 double-sized "long" ship pieces and 20 square ones). It is not playable by itself; you’ll need our Jutland game and High Seas Fleet book to play the scenarios. You can, of course, just read the essays and fondle the pieces without owning either. We won’t tell.

The British for their part receive their improved but slower Queen Elizabeth class, with ten 15-inch guns, and the massive ships proposed to carry eight 18-inch guns apiece, based on the Hood design but slower with battleship-scale protection. Plus their own fast armored cruiser.

These are powerful new ships, and now you can lead them into battle.