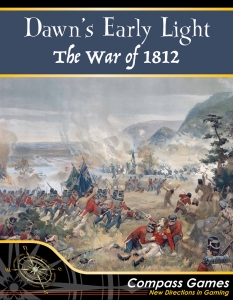 Less than thirty years after the United States won independence from Great Britain, the two countries were at war again. A conflict that began as a political squabble over sovereignty and maritime law would grow into a tumultuous mess stretching from Quebec to Florida and featuring a cast of historical characters and situations rivaling its predecessor of 1776. Three future US Presidents would fight in the war. A charismatic native leader would forge a coalition of tribes across thousands of miles of territory and come within a breath of establishing an independent Indian state on the American frontier. Warships would sail the Great Lakes waterways from Mackinac to Montreal, and for the first time in a generation the British Navy would be decisively beaten in single-ship combat, foreshadowing the great power that America would one day become. And all against the backdrop of the Napoleonic Wars raging across the European continent. Though it ended in a stalemate, the War of 1812 was a fulcrum of history around which the fate of both nations turned.

Dawn’s Early Light: The War of 1812 is a two-player card-driven grand strategy game: a quick-playing, high-level abstract recreation of the entire conflict encompassing the territorial, naval, political, and economic competition between the two sides. Players will appreciate the high-production quality of the components which includes a MOUNTED game map and large, 5/8" size punch-out counters.

Players take the role of the United States or Great Britain over a four-year period spanning the war and its prelude, with game cards for events and operations that offer players the tools to remix the entire scope of the conflict. Events such as “Andrew Jackson,” “Old Ironsides,” “Laura Secord,” “Tippecanoe,” and “Dinner at the White House” recreate the characters and moments that shaped the war, while operations such as recruiting, campaigning, privateering, raiding, and shipbuilding let players take it in their own direction. Each side earns victory points for capturing the enemy’s towns and territory, outcompeting them at sea, and outmaneuvering them in politics and public sentiment.